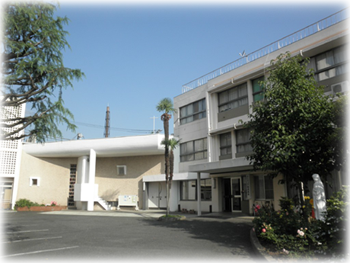 Rev. Edgar Gacutan, C.I.C.M., was born in the Philippines in 1964. He was transferred to Japan as a seminary student in 1990. After 3 years of internship in Japan and 1 year of seminarian training in the Philippines, he was ordained in 1994. He served as an assistant pastor in Kongo church, Osaka from 1994 to 1997, then joined team ministry in Osaka for 6 years until 2003. He was appointed superior of the Japanese C.I.C.M. province in 2004 and served until 2012. From 2014 to 2017 he was sent to Sendai diocese and worked in various teams for the victims of the Great East Japan Earthquake.

Deacon Galuh Arjunta Pentagon Selatan Bubun, C.I.C.M., born in 1987 in Indonesia, he enrolled in a seminary in 2002, then joined C.I.C.M. in 2006, and later graduated from the seminary in 2011. In 2012, he went to a college seminary in the Philippines, and after graduating in 2015, he came to Japan as a seminary student. In 2018, he was ordained as a deacon at Kishiwada Church, Osaka Diocese. In 2019, he was ordained as a priest in Indonesia. From 2019 to 2020, he served as a deacon at Kakogawa Church in the Diocese of Osaka. He is currently serving as a deacon at Matsubara Church in the Diocese of Tokyo from the beginning of October 2020.

“I thank God and all of you for the opportunity to walk together with you from now on. I look forward to working with you.”