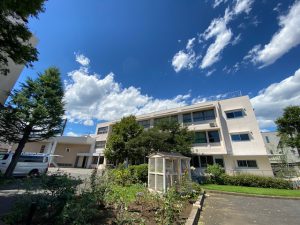 Born in Indonesia in 1983, arrived in Japan as a seminarian in 2011. After three-years internship in Japan (2 years studying Japanese, 1 year pastoral internship), in 2014, was ordained as a priest in Indonesia, and served as a team ministry member of the Kurashiki Block (Kurashiki, Mizushima, and Tamashima) of the Hiroshima Diocese。From 2015 to 2017、served as an assistant priest at Okayama Church in the Diocese of Hiroshima。 From 2017 to 2019 was sent to the Third District of the Diocese of Sendai (Yotsuya, Shike, Kamido, Miyako, Kamaishi, Hanamaki, and Kitakami), and from 2019 to 2021, served in the Osaka Arch Diocese, Himeji Middle Block (Himeji, Sayo, Ikuno and Toyooka) as a collaborator priest. From 2021 to 2022 served as a parish priest of Himeji Church and Sayo Church, and as the administrator of Toyooka Church. Since 2022, currently serving as the parish priest of Matsubara Church in the Diocese of Tokyo.

Born in 1987 in Indonesia. He entered minor seminary in 2002, then joined CICM in 2006, and later graduated from Philosophical and Theological Studies in 2011. In 2012, he continued his Theological Study in the Philippines, and after graduating in 2015, he was assigned to Japan. In 2018, he was ordained as deacon at St. Michael – Kishiwada Parish, Osaka Archdiocese. In 2019, he was ordained as priest in his hometown, Makassar, Indonesia. From 2019 to 2020, he served as an assistant parish priest at Kakogawa Parish in the Archdiocese of Osaka. Since October 2020, he is currently serving as an assistant parish priest at Matsubara Parish in the Archdiocese of Tokyo. “I thank God for this opportunity to walk together with you. Let us do our best to be the witnesses of God’s love in this beautiful world.”